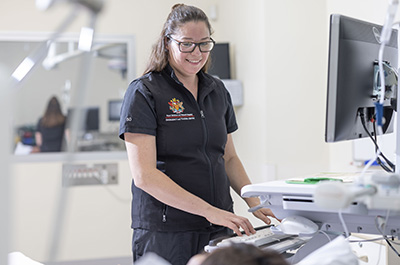 In January 2018, the highly anticipated results of the ORBITA trial were published. At the time, I was in the final year of my PhD on high value care for coronary artery disease. I received a message with a link to the paper from my then supervisor, and current clinical director of AusHSI, Prof Will Parsonage. This was going to be the biggest news in cardiology since the COURAGE trial results had come out more than ten years earlier in 2007. The Twitter storm that followed was proof of that.

The Objective Randomised Blinded Investigation with optimal medical Therapy of Angioplasty in stable angina (ORBITA) Study investigated the efficacy of percutaneous coronary intervention (PCI) using stents for symptom relief of stable angina (chest pain) in a double blind, placebo-controlled study. The study was the first of its kind and was the PhD project of Dr Rasha Al-Lamee, an interventional cardiologist at Imperial College London

The COURAGE trial had shown no difference in heart attack and death rates between patients with stable coronary artery disease who underwent PCI versus patients who did not. However, there was still the argument that stents probably provided improved symptom relief to these patients. Unfortunately for stents, the results of the ORBITA trial didn’t show that.

Having read the paper, we noticed the trial team had collected EQ-5D data, perfect for modelling health utilities (essentially quality of life) in an economic evaluation. There was a small difference in health utility reported between the PCI and control groups, and so it was worth investigating the cost-effectiveness of PCI, in terms of health utility.

Will sent an email to Rasha, asking if they were planning on doing an economic evaluation. To our surprise, given the amount of press ORBITA was receiving, Rasha responded quickly and was keen to collaborate. As part of the collaboration, Rasha came to visit AusHSI later that year and gave a presentation on the lessons from the findings from the ORBITA trial. There were plans for me to visit the team in London too, but COVID put the brakes on that.

Our economic evaluation showed that stents are not cost-effective for patients with stable, single vessel, coronary artery disease. Our recommendation to healthcare funders is that optimal medical therapy appears to provide good symptom relief to most patients and, in a world of scarce healthcare resources, money should not be diverted away from this effective, high-value care.